Experiments in the kitchen 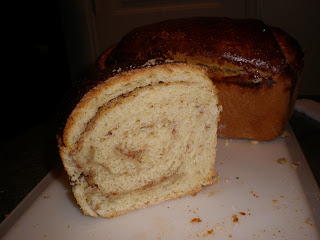 For Easter, I also tried making Cozonac, it's a traditional Romanian bread that they make every Christmas and Easter, so being a little nostalgic, I gave it a try. I found this recipe, but the dough recipe seemed a bit too labor intense for me, so I used this recipe instead and just used the filling recipe from the original one, although I used almonds and almond extract for the walnuts and rum since that's what I had on hand. For my first attempt at Cozonac, it went pretty well, although I think I will try a few things differently when I make it next year. 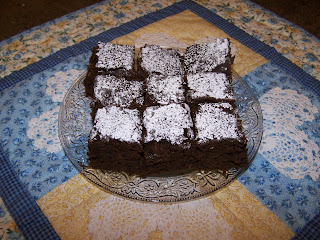 Then a little while ago, I also made the spinach and carrots brownies from the Deceptively Delicious cookbook. I had wanted to try it out for quite a while but never had any spinach laying around, so when I saw frozen spinach on sale at the grocery store, I picked up a bag and got pureeing! (is that even word?) The result? SUPER YUMMY! They are very moist, very chocolately, and full of vegetable goodness. I made made them for my husband and his brothers and they ate them heartily without even questioning what was in them. My kids also gobbled them up, and the few left over pieces were consumed with equal satisfaction by my parents. So the results are in, you need to TRY THIS RECIPE! (the only change I made is I made a double batch and instead of 4 egg whites, I just used 3 whole eggs.)
Posted by Claudine at 9:23 PM